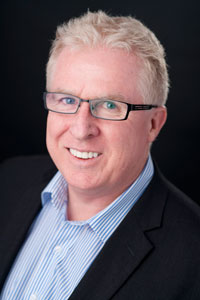 Mark Gurry founded the company in 1988. He initially set MGA up as a specialist company delivering a wide range of Oracle related services. Mark was best known through his Oracle Performance Tuning books and was placed onto performance improvement assignments on many high profile mission critical systems in the US, UK and Australia.

His relationship with Oracle dates back thirty years and the Company has maintained a strong expertise in maintaining Oracle databases and their surrounding applications as a long term Oracle partner.

In addition to the database knowledge, clients approached Mark to transport data across multiple databases for purposes including business intelligence and analytics. MGA has become experts in data replication from multiple sources to a large variety of target databases.

Marks background included sites that had huge volumes of data such as banks, telecommunications companies and stock exchanges. Many MGA clients were required to grow the size of their data by significant proportions such as the utilities industry which had previously taken monthly or quarterly meter reads but were now receiving up to 96 meter reads per day. MGA applies the same disciplines and methods to achieve the high performance, scalability and robustness for the sites that are new to these data volumes.

In 1993, Mark co-authored “Oracle Performance Tuning” with Peter Corrigan. This book has sold hundreds of thousands of copies and was used extensively by Oracle internal staff, and technical staff all over the world. A second edition was published in 1996. The book has since been published in a number of languages including Japanese, French and German.

In 2001, Mark also produced a pocket reference “Oracle SQL Tuning” which was the top selling technical book worldwide for several months in the mid 2005.

Mark has become well known in the U.S., Australia and Europe through his books, experience and his many presentations to Oracle User Groups. He is frequently called on to provide advice, training and specialist services to high profile companies throughout the world.